Parkinson’s disease happens when neurons in the area of the brain that controls movement become impaired or die. These neurons normally produce dopamine, but when they become impaired or die, they produce less dopamine and cause movement problems. Not only dopamine, people who have Parkinson’s disease also lose the nerve endings that supposed to produce norepinephrine. Norepinephrine is the main chemical messenger of the sympathetic nervous system that controls many automatic functions of the human body, including blood pressure and heart rate. This explains why people with Parkinson’s disease experience fatigue, decreased movement of food through the digestive tract, and irregular blood pressure.

To this day, there is no cure for Parkinson’s disease yet, but there are medicines, therapies, and surgical treatments that can relieve some symptoms. The cause of the disease is also still largely unknown. Some cases appear to be hereditary or traced to specific genetic mutations, but in many cases, this disease happens randomly. Many researchers believe that a combination of genetic factors and environmental factors such as exposure to toxins can result in Parkinson’s disease.

The symptoms generally develop slowly, sometimes with a hardly noticeable tremor in just one hand and a feeling of stiffness in the body. It gets worse over time, and as the disease progress, people may have difficulty in talking and have behavioral changes, sleep problems, memory difficulties, and fatigue. The symptoms may vary based on the severity, not all people who have Parkinson’s disease experience all the symptoms. Different individuals also experience the progression at different paces.  The main symptoms include:

There are also other common symptoms, such as depression, constipation, skin problems, sleep disruptions, and swallowing difficulty. The early stages of Parkinson’s disease can be so subtle that the person does not notice and the doctor is unable to make any diagnosis. The early signs are usually shown on one side of the body, and there is minimal functional impairment. However, functional impairment may not occur in the first stage.

Although it is hard to identify the earliest symptoms since it is very mild, there are some signs that should be a warning:

It is very important to know the early symptoms of the disease and get an early diagnosis as soon as possible since treatment is more likely to be effective in the early development of Parkinson’s disease. Many people fail to recognize it because they think that the early signs are just normal signs of aging. 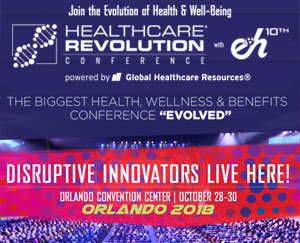