Having a Breast reduction after giving birth is quite common, and many women do it and especially women that are in their thirties or forties. We will explain everything that any woman should know about the breast reduction surgery, whether it is better to do it before or after getting pregnant, the benefits of specific exercises, potential risks, and the possibility of having a scar, and so on.

Large breasts can cause physical symptoms such as Discomfort, Backache, Neck pain, skin irritations. Psychological distress: Common complaints from women with large breasts include not being able to wear fashionable clothes and finding it difficult to take part in active sports.

The thing is that during pregnancy, and even after giving birth, breasts expand and contract. This is most dramatic during milk production. As a result, a woman’s breasts can increase up to several cup sizes. After the mother stops breastfeeding, the breasts are flatter, saggier, and much bigger than before.

One way to approach this issue is through exercises and a diet. However, that can be helpful only to some extent. A breast reduction surgery can take care of all of that in a heartbeat. Nowadays, breast surgeries are quite common and pure routine. There is not any significant risk of infections, potential scars, or anything like that. Even though after the surgery there will be a small scar. But that’s just temporary, and it will go away after a while.

Breast reduction is done under general anesthesia. As already mentioned earlier, breast reduction is pure routine nowadays as surgeons have perfected the entire procedure. During the first few days, the breasts will feel a bit too sensitive and tender. Also, they will be bruised and swollen.

The recovery time is something that your surgeon will determine. However, generally speaking, you should constrain yourself from any physical activity or heavy lifting for two to four weeks. Plus, your surgeon might recommend avoiding wearing underwire bras for a few months. That’s the period in which the swelling should completely go away.

The results will be breasts shaped and the size you want them to be. The plastic surgeon can tell you exactly what you can expect. That alone should give a boost to your confidence and make you feel younger, more attractive, and full of life. Those are some of the main benefits reported from women that had a breast reduction.

View all posts by Wilma Scott 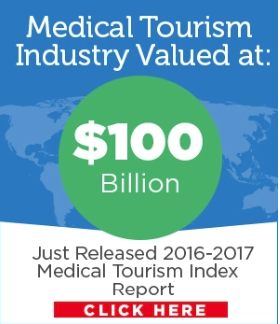